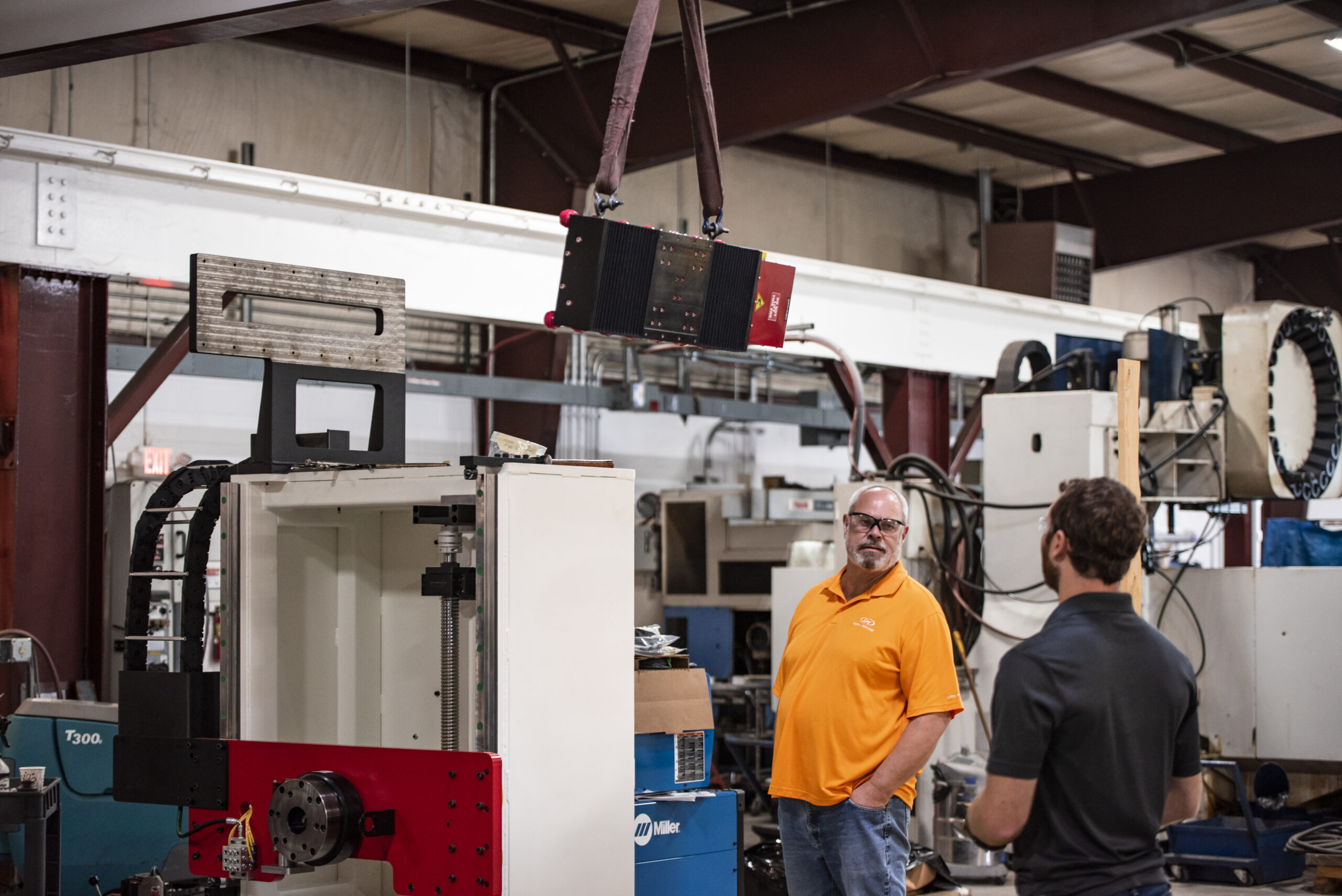 The team at Navus specializes in solving complex problems with novel solutions, but often these solutions are as complex as the problems they solve. A wide range of teams, materials, facilities, and operations all have to work in unison to create a final product that is elegant and achieves the client’s goal. Making this happen requires diligence and expertise across the board.

Jim has worked for us since March of 2017. His official job title is Program Manager, which is a short way of saying that he has a hand in nearly all of the processes at Navus. 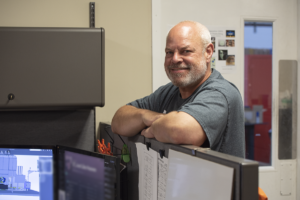 Centered Around Continuous Improvement and Automation

Navus: Describe what you do in your role at Navus.

Jim: I’m the Program Manager here at Navus, which gets me involved with a lot of the different teams. I work with everyone from Engineering to Operations to Sales.

My responsibilities include project management, manufacturing, operations, facilities, purchasing, and quality control. Basically, I help make things happen, but Navus has a very strong team. One of my favorite sayings is ‘we do our best work when we collaborate.’ And it’s through this collaboration that we’re able to do such amazing projects.

Navus: How did you end up in this career, and ultimately at Navus?

Jim: I consciously chose a career in manufacturing but came into the field at a very pivotal time. When I was just starting out, the quality of American manufacturing was beginning to be rivaled by other countries, notably Japan. There was a lot changing in those years, and American manufacturing companies were forced to increase the quality of the solutions they were creating. As an industry, we began to focus heavily on automation. So nearly my entire career has been centered around continuous improvement and automation. And funny enough, I was actually a customer of Navus’s before I became an employee of Navus’s.

Navus: So how did you actually come to work at Navus?

Jim: At my previous employer, we were working on a unique system to solve a problem that we had. Navus was helping us develop a solution to this particular problem when my employers decided that they didn’t want to move forward with the project. The team at Navus were interested in continuing the project anyway and asked if I would be interested in joining them. I was, so I joined on as a Co-Project Manager, heading up a lot of the new projects that came our way. After a while, the company went through some reorganization, and I was given more responsibilities including operations, quality, purchasing, and project management for some of our larger and more important contracts. 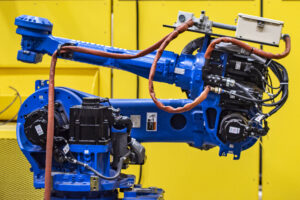 Jim: The most enjoyable part of my job is the people I get to work with. My coworkers are really clever, and I’m glad to be surrounded by them on a daily basis. The same goes for a lot of our customers. I also really enjoy the nature of the work that we do. Sometimes I can have a short attention span, so I’ve always liked that Navus works on something new all the time. You never know what’s coming around the corner, but it’s always some new problem to solve. That makes my work exciting and fresh and gives me a different challenge every day.

Teamwork and a Team That Works

Navus: Describe some of the ways you’ve seen the team at Navus work together to overcome challenges.

Jim: You know, it might seem a little traditional for a company always working on something cutting edge, but we succeed through hard work, lots of man-hours, and great communication. But ultimately, that’s how we make things happen!

Navus: What have been your favorite projects to work on and what do you hope for the future of Navus?

Jim: I’d say my favorite project is the one we haven’t done yet, because that’s the project that gives me something to look forward to, and that’s the project that keeps Navus running. And looking to the future,  I just hope that everyone here is as successful as possible in their careers. That’s what I care about the most. Even after I’m eventually gone, I wish nothing but the best for the people here.

Forging the Future & Clarifying the Complex in Custom Automation & Fabrication

Our team at Navus is invested in every solution we provide to clients. From concept to accounting, we believe in our ability to solve your challenges. Dedicated team members like Jennifer are a part of the reason our company succeeds in helping our clients forge a new future!

Are you interested in joining the Navus family? Reach out to us today. We’re always looking for talented individuals to join our team of engineers and technicians. Learn more by emailing us at info@navusinc.com.

Navus Automation, Inc., is a leading full-service automation integrator. Our world-class team has a reputation for applying ingenuity to solve complex challenges and deliver customized turn-key systems solutions. From concept to completion, Navus provides robotic welding and automation systems built upon our unwavering commitment to excellence, precision, and reliability. Navus collaborates with many Fortune 500 companies in the medical, automotive, military, and consumer industries. Navus engineers are renowned for their expertise in providing innovative and solid solutions for integrated systems that increase productivity, quality, and safety. Founded in Knoxville, Tennessee, in 1998, Navus excels by envisioning the future of automation and delivering exceptional robotic solutions.

The employees of NAVUS Automation utilize technology and innovation to make our customers more productive, safer and to make their companies more profitable. These are the standards we will use to measure the quality of our efforts and provide for continual improvement.