The Team at Navus: A Workplace to Grow & Learn 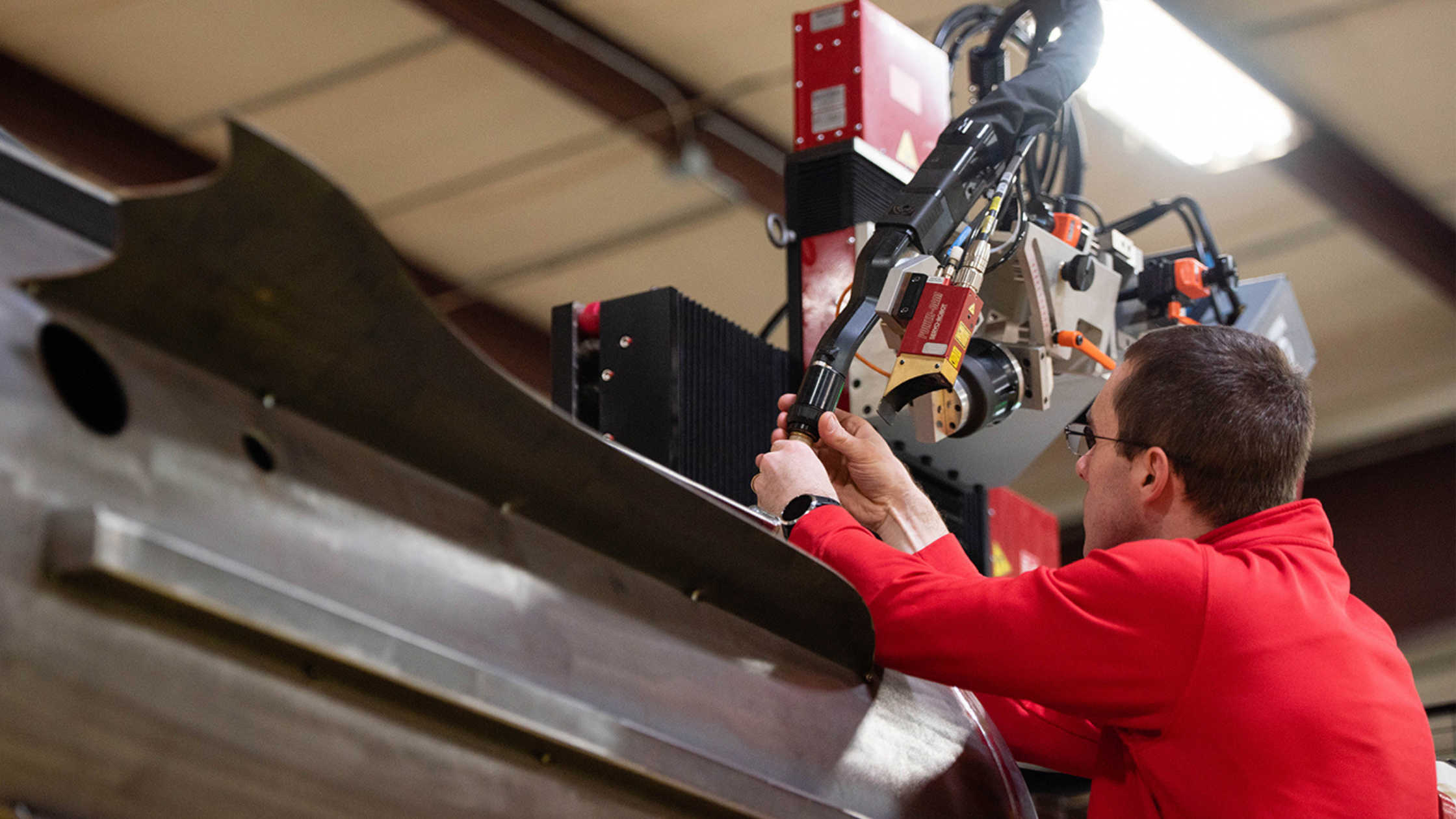 The Team at Navus: A Workplace to Grow & Learn

Ask anyone who’s been working in their career for a while, and no matter their industry, they’ll tell you that you don’t learn everything in school. Once you’ve graduated college and start your first job in your professional career, you’ll continue to find opportunities to learn and master new skills that will help you in your future.

At Navus, we take pride in investing in our employees. Our staff is encouraged to learn and grow in areas they’re interested in. The result is a safe, fun, and rewarding workplace with opportunities for professional growth. 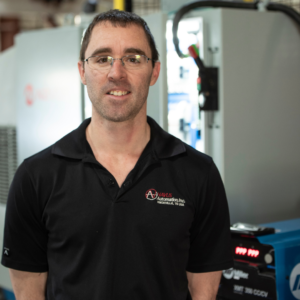 Mike T. has worked at Navus for a total of 13 years. He began his career with us directly after graduating from Ferris State University as a welder with a degree in Welding Engineering and Welding Education. Mike worked in this position for a total of two years before working a different job for a short period of time before returning to Navus as a Weld Engineer and CWI, and he’s been here ever since.

We recently had the opportunity to sit down with Mike and ask him some questions about his job at Navus. He’s a crucial part of our team, and we’re excited to share just a portion of his story!

Navus: Describe what you do in your role at Navus.

Navus: How did you end up in this career, and ultimately at Navus?

I was drawn to the area because I am an avid hiker and motorcyclist. There are some pretty epic trails here, some nice riding, and just a beautiful area compared to Michigan. And I HATE cold (not ideal for living in Michigan).

Navus: What’s your favorite part about your job and working at Navus?

Mike: I like how it always changes. It’s not the same thing week to week. I get to learn new things. I did not go to school for programming, but I’ve been able to learn programming here. If you can learn it here, you can move into it. I really like that you’re not stuck in one job if you’re willing to learn new things.

A Team That Works Together to Overcome Challenges

Mike: I also like that Navus is a small company. Everyone knows everybody, and everyone’s willing to help each other out. Nobody’s like, “That’s not my job.” I like that aspect.

Navus: Describe some of the ways you’ve seen the team at Navus work together to overcome challenges. 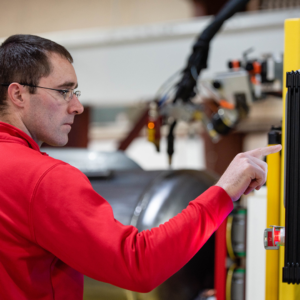 Mike: We recently worked on a project with a cable management issue, and pretty much the whole engineering team and the guys out on the floor (including the welders and fabricators), were all pitching in ideas to come up with different ways to solve a really complicated problem with cabling and a robot that had to do a bunch of very complicated moves. It took time to get the final product, but nobody gave up on it.

Navus: What have been your favorite projects to work on?

Mike: I’ve been working on one project for almost 11 years. It’s one of the first things I worked on, and we’re still continuing to do things for the client. It’s where I started learning programming, and I’m still involved with it since it’s a more complicated project. Some of the other projects I enjoy are anything involving ABB [robotics] and programming, just because it’s such fun code to write.

Navus: What do you hope for your future at Navus?

Mike: I’d like to get into PLC programming. I’ve started dabbling in HMI programming and screen setup. Pretty much any new language that I can dabble in, so I can basically move into more of just a programming role.

Forging the Future & Clarifying the Complex of Custom Automation

Navus’ team is made up of hand-picked individuals who bring a variety of backgrounds and experiences to our work. One of our values as a team is the ability to collaborate to overcome any challenges our clients face. Team members like Mike are part of the reason that our high standards for the solutions and products we deliver are possible!

Navus Automation, Inc., is a leading full-service automation integrator. Our world-class team has a reputation for applying ingenuity to solve complex challenges and deliver customized turn-key systems solutions. From concept to completion, Navus provides robotic welding and automation systems built upon our unwavering commitment to excellence, precision, and reliability. Navus collaborates with many Fortune 500 companies in the medical, automotive, military, and consumer industries. Navus engineers are renowned for their expertise in providing innovative and solid solutions for integrated systems that increase productivity, quality, and safety. Founded in Knoxville, Tennessee, in 1998, Navus excels by envisioning the future of automation and delivering exceptional robotic solutions.

The employees of NAVUS Automation utilize technology and innovation to make our customers more productive, safer and to make their companies more profitable. These are the standards we will use to measure the quality of our efforts and provide for continual improvement.